Brothers Arrested In The Murder Of Dwyane Wade's Cousin 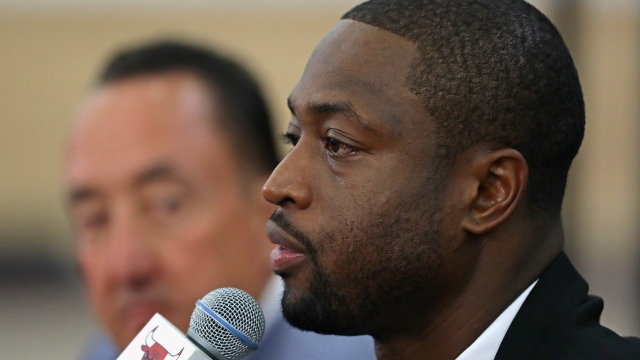 SMS
Brothers Arrested In The Murder Of Dwyane Wade's Cousin
By Carter Woodiel
By Carter Woodiel
August 28, 2016
Nykea Aldridge, 32, was shot as she walked to register her children for school. The bullet was meant for someone else.
SHOW TRANSCRIPT

Two brothers have been arrested for the fatal shooting of Dwyane Wade's cousin.

Nykea Aldridge, 32, was pushing her baby in a stroller on her way to register her children at a school in Chicago's South Side when two men reportedly walked up and opened fire on the man she was with. According to WGN, Aldridge was caught in the crossfire and died at the hospital.

Derren Sorrells and Darwin Sorrells Jr. were both charged with first-degree murder on Sunday. Police did not immediately say which brother allegedly fired the shot that killed Aldridge, but a police spokesman called Darwin Sorrells the "co-conspirator."

"Bullets that fly around that have no name decided to find its way to her head," said Wade's mother Jolinda, a pastor.

That was Wade's mother, Jolinda, who just the day before Aldridge's shooting appeared on a town hall discussion hosted by ESPN's "The Undefeated" where she and her son made a public stand against gun violence.

Gun violence is widespread in Chicago, and it appears to be growing. According to the Chicago Tribune, over 2,700 people have been shot in the city so far this year, only about 250 shy of the total for all of 2015.

Speaking out about that violence is personal for Wade, a Chicago native who recently signed with the Chicago Bulls. But he isn't alone among NBA stars. At the ESPY awards in July, Wade opened the program along with Carmelo Anthony, Chris Paul and LeBron James.

"The endless gun violence in places like Chicago, Dallas, not to mention Orlando, it has to stop; enough," Wade said.

Both of the Sorrells brothers have lengthy criminal records. Aldridge was the mother of four children. The baby in the stroller she was pushing was unharmed.