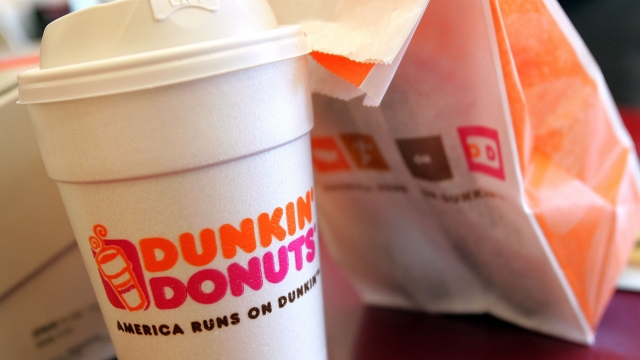 Most people either walk or drive to get their morning doughnut.

But apparently, one woman performs death-defying stunts to get hers.

Meet Ellen Brennan. She's a wingsuit base jumper and is often referred to as the "world's fastest female" in the sport.

And Brennan is now being featured in Dunkin' Donuts' #WTFast campaign for its new on-the-go mobile ordering.

In the commercial, she's shown jumping off a mountain in France that's more than 8,000 feet high. She reaches a speed of 120 miles per hour before grabbing her Dunkin' Donuts order midflight.

Dunkin' was proud to point out a bit of history was made while filming the commercial.

Brennan actually became the first wingsuit jumper to grab something while flying.

Earlier this month, Dunkin' announced it was overhauling its "America Runs on Dunkin'" advertising campaign, which has been in place since 2006.

The new campaign is called "Keep On," and Adweek reports Dunkin' is using it to "make a more emotional connection with Dunkin' customers."

Dunkin's on-the-go ordering is now available in all U.S. stores.