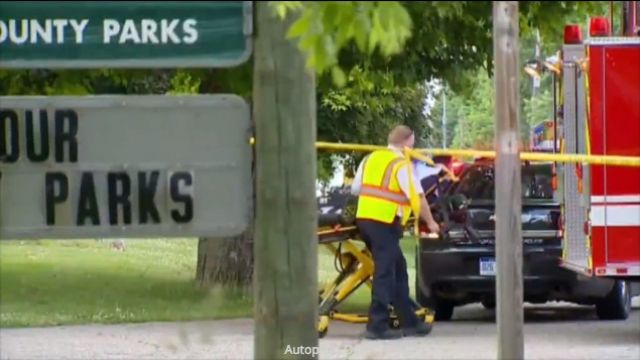 The man accused of crashing into a group of bicyclists in Michigan is now facing multiple murder charges.

Police say Charles Pickett Jr. was behind the wheel of the pickup truck that crashed into a group of nine cyclists. The Kalamazoo County prosecutor charged Pickett with five counts of second-degree murder and four counts of reckless driving.

The crash Tuesday evening killed five and injured the other four cyclists. Three of the injured are in serious condition, and the fourth is in fair condition.

In the 30 minutes before the crash, area police agencies received multiple calls reporting an erratic driver in a blue pickup truck.

The bicyclists were part of "The Chain Gang" that took weekly 30-mile bike rides. They were just five miles into this week's ride when the truck crashed into them from behind.

This video includes clips from WXYZ, WOOD, WZZM and WXMI.