Former Competitors DraftKings And FanDuel Team Up To Stay Afloat 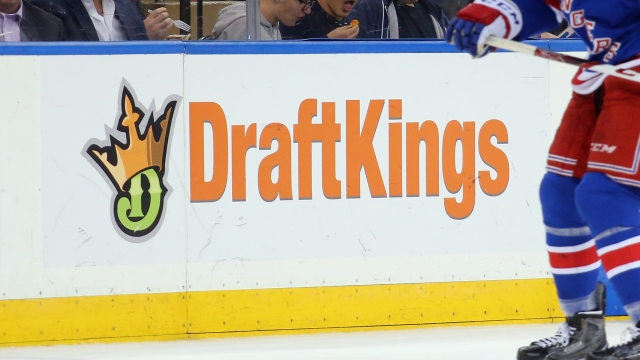 DraftKings and FanDuel are trying to merge in what could be a last-ditch attempt to save each company.

Both companies operate daily fantasy sports sites. They're similar to regular fantasy football teams where players pick from a pool of pro athletes based on who they think will have a better game. But contests only last for a day, a week or a portion of the season. Players pay to take part, and those with the highest scores win cash prizes from the pooled entry money.

Both companies were once valued at over $1 billion apiece, but they've fallen on hard time over the past year or so. The sites are now reportedly struggling just to pay their bills.

Daily fantasy sports have either been banned outright or operate in legal gray areas in more than a dozen states because some state governments consider them gambling.

And just to clear the way for the merger, DraftKings and FanDuel had to pay a combined $12 million to settle false advertising claims in New York. The state claimed the sites overstated a player's odds of winning.

The deal is expected to be finalized in 2017 — if it gets federal approval. FanDuel and DraftKings make up 80 to 90 percent of the daily fantasy sports market. Regulators will have to decide if that's too large of a chunk.