At Least 80 Dead After Semi-Truck Drives Into Crowd In Nice, France 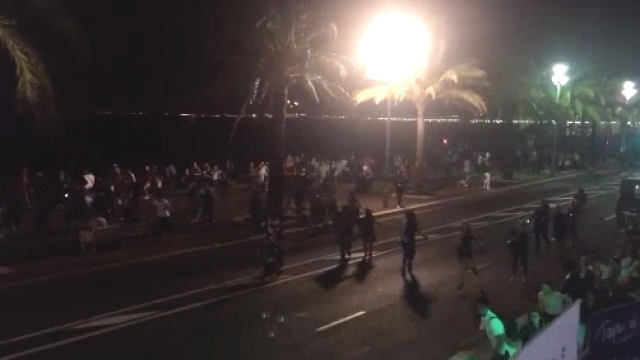 SMS
At Least 80 Dead After Semi-Truck Drives Into Crowd In Nice, France
By Eugene Daniels
By Eugene Daniels
July 14, 2016
A semi-truck drove into a crowd that had gathered for a Bastille Day celebration in Nice.
SHOW TRANSCRIPT

The government says 80 people were killed during Bastille Day celebrations after a white semi-truck drove into a crowd watching a fireworks display.

A journalist on the scene said the truck "drove onto the promenade and ploughed into the crowd. There is a huge amount of blood and without doubt a lot of people have been hurt."

Video on social media shows crowds running in the aftermath. According to authorities, the truck driver fired on the crowd after the crash and got into a firefight with police. He's since been killed. The semi he was driving was apparently loaded with multiple firearms and grenades.

Police had advised people to stay in their homes while the crash is investigated.