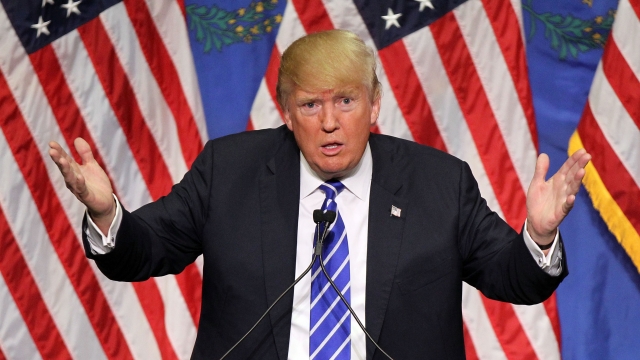 SMS
Donald Trump's Positions On Libya And Iraq Have Been All Over The Map
By Kate Grumke
By Kate Grumke
April 27, 2016
Now, Trump calls U.S. actions "mistakes." Before, he said, "We should go in."
SHOW TRANSCRIPT

Donald Trump has been all over the map when it comes to his opinion on the U.S.' actions in Iraq and Libya.

In his foreign policy speech, he calls what the U.S. did in Iraq and Libya "mistakes."

He says his opposition to both was loud and clear, but he actually supported both — and pretty publicly.

"Gadhafi in Libya is killing thousands of people. … Now we should go in, we should stop this guy, which would be very easy and very quick," Trump said.

And as BuzzFeed pointed out, a year after Sept. 11, he said this on "The Howard Stern Show."

"Are you for invading Iraq?" Howard Stern asked.

"Yeah, I guess so. I wish the first time it was done correctly," Donald Trump responded.

This video includes Getty Images and clips from CNN.