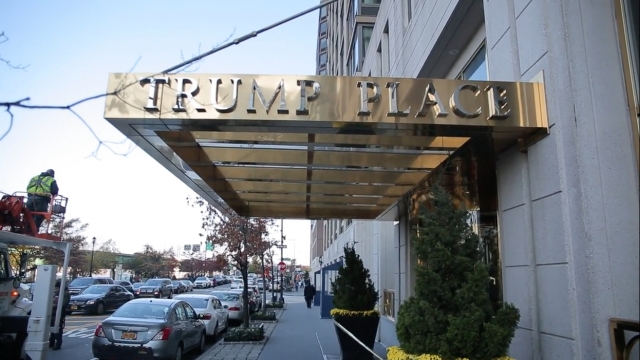 As President-elect Donald Trump prepares to add his name to the fairly short list of U.S. presidents, his moniker has been removed from some buildings in New York City.

Apparently, the residents of Trump Place apartments wanted to send a message to the president-elect. They started a petition to remove the Trump branding from the buildings.

Petitioners cited Trump's "appalling treatment of women" and "attacks on immigrants" as some of the reasons they wanted the name removed.

Equity Residential bought the buildings from Trump International Realty over a decade ago. According to WABC, the agreement to keep the Trump names on the buildings has expired.

While some residents claimed victory Wednesday, the chairman of Equity Residential told CNBC the petition didn't spur the name removal. He said the name change had been planned for over a year.

The buildings will now just go by their addresses: 140, 160 and 180 Riverside Boulevard.

CNBC reports new uniforms and doormats without the Trump name have been ordered.