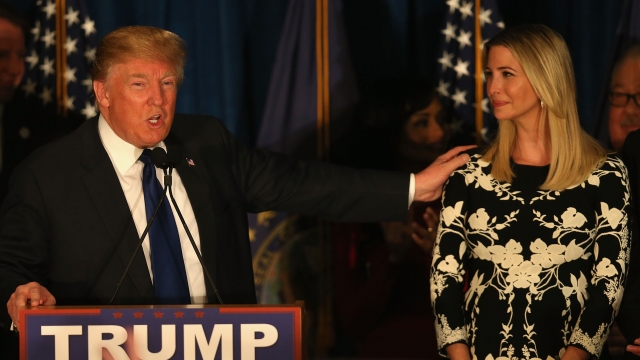 Donald Trump has a reason to celebrate Sunday — but it has nothing to do with the election or Easter. His daughter Ivanka gave birth to a baby boy.

Theodore James Kushner is Ivanka Trump's third child. She and husband Jared Kushner have a 2-year-old son and a 4-year-old daughter.

Trump shared this Twitter photo of her and her newborn, captioning the post, "My heart is full."

The businesswoman has been understandably absent from her father's presidential campaign in recent weeks. Theodore is Donald Trump's eighth grandchild.