Donald Trump May Announce His VP Pick Before National Convention 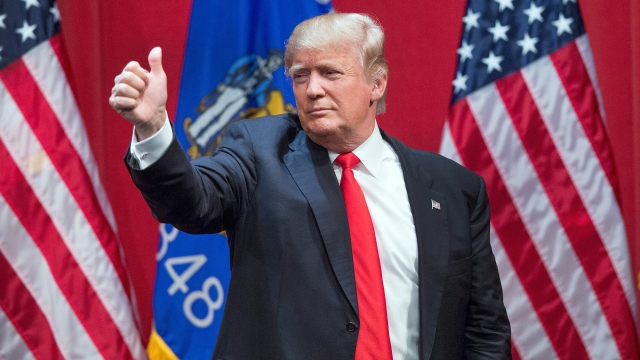 Donald Trump may not wait until the Republican National Convention to announce his vice presidential pick.

The convention begins on July 18, and Trump has previously said he'd make his vice presidential announcement then.

However, various media outlets are reporting the announcement could come sooner.

So why announce it beforehand? To gain excitement, especially after recent reports indicated some well-know Republicans are skipping or not speaking at the convention. Several polls also appear to show Trump losing his momentum over the last few weeks, though one poll from Rasmussen still places him on top.

By many accounts, Trump is looking for someone who can navigate Washington politics and has government experience — something the prolific businessman lacks.

But someone else who might be on Trump's shortlist is Indiana Gov. Mike Pence, who's meeting with the presumptive Republican presidential nominee this weekend.

Pence could offer what Christie lacks: Washington experience. He was elected to six terms in the U.S. House of Representatives and was chairman of the House Republican Conference and House Republican Study Committee.

Other candidates reportedly under consideration by the campaign are Sen. Jeff Sessions and Sen. Bob Corker.