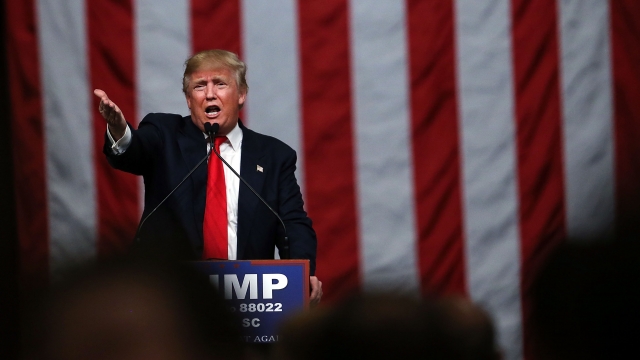 SMS
Donald Trump Is Now The Unquestionable Front-Runner In The GOP Race
By Jake Godin
By Jake Godin
February 20, 2016
After leading the polls for months, Donald Trump has been declared the winner of the South Carolina primary.
SHOW TRANSCRIPT

Donald Trump has been declared the winner of the South Carolina primary.

After his win in New Hampshire, a South Carolina win positions Trump as the unquestionable front-runner in the GOP race.

Trump had been leading in the polls in South Carolina for months, so a win from him isn't exactly surprising.

And when it comes to deciding who'll be the GOP presidential nominee, South Carolina has a pretty good track record — it's only been wrong once in the past 36 years.