Donald Trump Could Still Capitalize On Voters In Israel 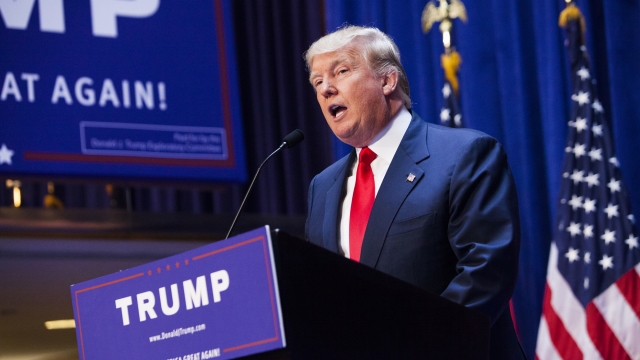 SMS
Donald Trump Could Still Capitalize On Voters In Israel
By Ben Lawson
By Ben Lawson
August 23, 2016
Donald Trump doesn't have the support his recent GOP predecessors had from American voters in Israel, but there's still time.
SHOW TRANSCRIPT

Donald Trump might be trailing in the polls in America, but some are hoping his position in Israel might help tip things in his favor.

In recent years, Republicans have typically had the support of American voters in Israel, but a poll among those voters from earlier this summer had Trump trailing Hillary Clinton by seven points.

Chairman of Republicans Overseas Israel Marc Zell said: "The whole Middle East has gone up in flames during this administration. They've entered into the worst deal possible with Iranians, and we are here on the front lines."

Some seem to think the rocky relations between the Obama administration and Israel are an opportunity for Republicans.

But he's also seen some support from the Israeli press, which has pointed to his Jewish relatives and his criticism of Obama's stance on Israel.

There was even talk of bringing the GOP nominee to the country for a visit before the Republican National Convention in July, but that didn't end up panning out.

Given Israel's recent history of supporting Republicans, it would actually be more surprising if Trump didn't gain a lead over Clinton in the country.

And many Republicans tend to support Israel. Ted Cruz once promised to rip up the "catastrophic Iranian nuclear deal," and he and Marco Rubio both made a point of saying they would ensure the U.S. stood firmly on Israel's side.

But to gain that kind of support, Trump might have to change his stance on the Israeli-Palestinian conflict. He said in the past he would remain "neutral" on the issue.

Correction: A previous version of this video didn't make it clear that this trend of support for Republicans has been observed during the past two presidential elections. This video has been updated.