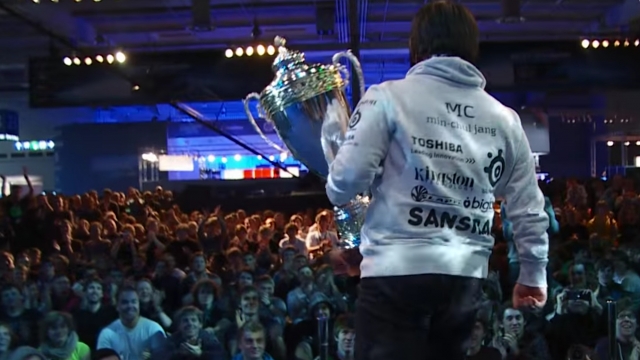 SMS
Don't Quit Your Day Job And Become A Full-Time Video Game Streamer
By Leah Becerra
By Leah Becerra
June 18, 2016
The eSport industry is making a lot of people a lot of money, and while some of them are the actual gamers, few are so lucky.
SHOW TRANSCRIPT

There's a lot of money to be had in the world of video game broadcasting — for game streaming sites, for the gamers themselves and for those who have figured out how to exploit the system.

Amazon got into the mix in 2014 when it acquired Twitch, the most popular game streaming platform, for about $970 million. But before that, the site was already kind of a big deal in eSports.

Twitch is pretty similar to YouTube: An individual can live-stream and archive their matches, and audiences can follow a gamer and subscribe to his or her videos.

But the Twitch gamers who garner enough of a following may be offered a spot as one of the site's official partners, meaning they could get paid to game. But it's not easy to reach that celebrity status; and this is where viewerbots have learned even they can make a buck.

Viewerbot sites will take money in exchange for artificially boosting viewer counts and faking popularity. Which is why Twitch is suing seven online viewerbot services for artificially inflating gamers' audiences.

"Ultimately though," Twitch's senior vice president of marketing writes, "the best way to stop viewbot sellers from profiting off of empty promises is to not buy their services."

Generally, for gamers, making livable wages off streaming is not that easy. But, aside from paying for fake followers, some gamers have asked their fans for donations. Deutsche Welle says some people have also been able to find their own sponsors outside of Twitch's partnership.

The other option, of course, is to get good. Players who can compete at the highest levels stand to win millions of dollars playing in tournaments.

If you've never watched the final round of a tournament live before, it's a lot like any other sporting event. The crowd is electric, the players are passionate, but — in the end — there can only be one winning team.

This video includes clips from Riot Games, Twitch and Valve.