Does Violence In Kashmir Mean A Medicine Shortage? 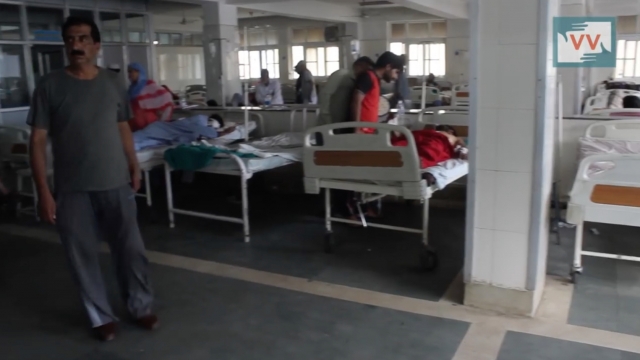 SMS
Does Violence In Kashmir Mean A Medicine Shortage?
By Melissa Prax
By Melissa Prax
July 29, 2016
Violence has recently surged in disputed Kashmir. But volunteers and the government are on opposite sides about whether there's enough medicine.
SHOW TRANSCRIPT

As violence surges in Kashmir, medicine is becoming scarce — at least, according to the people who need it.

The Kashmiri government says there's plenty of medicine, but volunteers and patients at hospitals are saying the opposite.

Kashmir is a disputed territory. Both India, to its south, and Pakistan, to its west, claim the land.

Violence in the area isn't uncommon, but the most recent surge is being called the worst in half a decade.

It's fueled by the death of Burhan Wani, a popular militant leader who died in a shootout with Indian officials in early July.

Wani was part of the Hizbul Mujahideen terrorist group, and Indian forces were wary of his large recruiting efforts on social media.

The violence is putting a strain on hospitals, as thousands of people have been injured in protests.

And it's not just hospitals. Local reports say pharmacy shelves are being wiped, too.