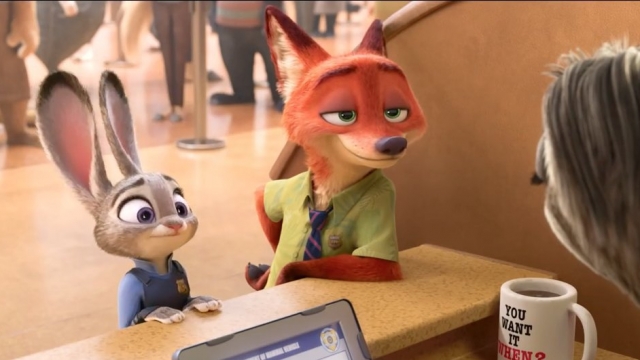 "Zootopia" is American propaganda –– at least, according to one Chinese professor.

A military-backed newspaper in China published an opinion piece by the professor Wednesday. And in it, he said the Disney film's true aim is not to entertain but to send "invisible propaganda."

For the purpose of this story, we're going to need to spoil the movie.

Long story short, the film's plot twist is that the predatory animals are actually innocent, and a sheep is revealed as the villain.

This didn't jibe with the professor, who wrote: "In the brutal real world, it is always wolves eating sheep instead of sheep eating wolves. If we are at the mercy of Zootopia and other films, how can our cultural territory not become eroded?"

The paper also called the main character, a rabbit who faces her fears to save the day, a promotion of the "American dream."

The Wall Street Journal reports several users on a Chinese blogging site bashed the professor's critique, with one saying it "must be the result of persecution mania and self-abasement."

For its part, "Zootopia" has become the highest-grossing animated film in Chinese history.