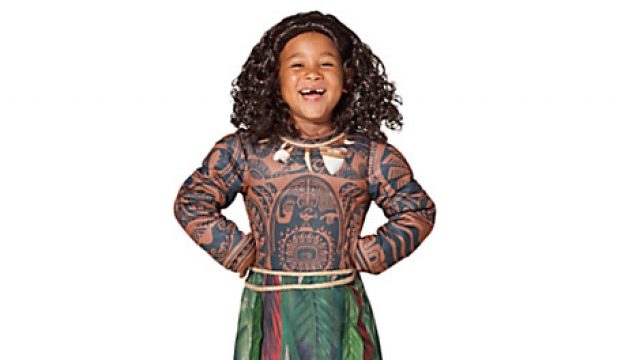 SMS
Disney Called Out For Cultural Appropriation Over 'Moana' Costume
By Katherine Biek
By Katherine Biek
September 20, 2016
A costume for the character Maui in Disney's upcoming "Moana" movie includes a brown bodysuit with tattoos.
SHOW TRANSCRIPT

Disney's upcoming film "Moana" won't be released in theaters until Thanksgiving, but the company still wants kids to dress up as the main characters for Halloween.

It's now selling costumes for the title character, Moana, and the Polynesian god Maui in its online store, but the latter is garnering a lot of outrage.

"It's actually 'Maui, shapeshifter, demi-god of the wind and sea, hero of men. I interrupted — from the top," Maui says in a trailer for "Moana."

It's easy to see that Disney was trying to re-create Maui's tattoos as part of the Halloween costume. But the costume also features a brown bodysuit to match Maui's skin color.

Many people on social media slammed Disney for appropriating the Polynesian culture.

It's a rare bit of criticism for "Moana," which has been mostly applauded since Disney first announced it was making the film years ago.

Moana is the film company's first Polynesian princess, and unlike a lot of other Disney princess tales, Moana won't have a love interest.

Disney also cast people of color to voice its two main characters — Dwayne "The Rock" Johnson, who plays Maui, is part Samoan, and Auli'i Cravalho, who voices Moana, is a native Hawaiian.

As of Tuesday morning, Disney had yet to respond to complaints about the Maui costume, and it was still available for purchase in its online store.