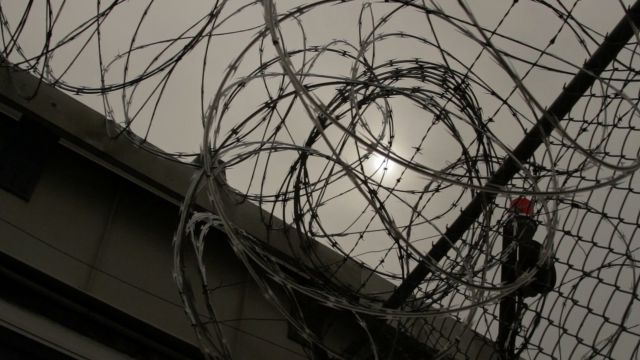 SMS
Dismembered Bodies Found In Sewage System Of Colombian Prison
By Katie Link
By Katie Link
February 18, 2016
Colombian authorities announced they're investigating after at least 100 dismembered bodies were found at a prison in Bogota.
SHOW TRANSCRIPT

At least 100 dismembered bodies have been discovered in the drainage system of one of Colombia’s largest prisons.

The body parts were reportedly found in the underground sewage system at La Modelo prison in the country’s capital. Investigators believe similar crimes occurred at three other prisons across the country.

On Wednesday, Colombian officials announced they’ve been investigating the disappearance and dismemberment of people for months. They said the dismemberments likely occurred between 1999 and 2001.

According to CNN, a special prosecutor on the case, Caterina Heyck, said, “The victims were inmates, visitors and people who had nothing to do with the prison.”

Prisons across Colombia have come under fire for being extremely overcrowded and violent. La Modelo, where the body parts were found, is one of the worst.

TeleSur reports Heyck said, “The horrors of what happened in that prison should be analyzed in a criminal investigation, but also call for a deep reflection within Colombian society.”

This video includes clips from CityTV and images from Getty Images.