Did The NFL Try To Buy Influence In A Government Concussion Study? 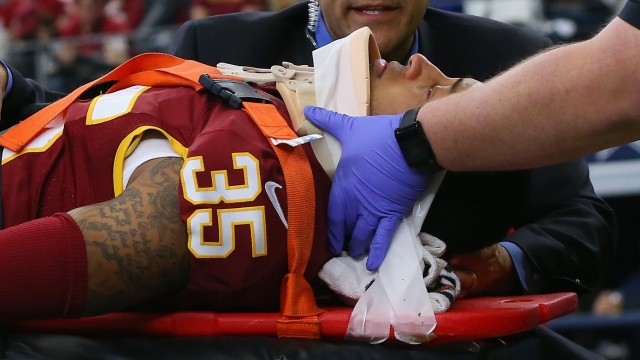 SMS
Did The NFL Try To Buy Influence In A Government Concussion Study?
By Matt Moreno
By Matt Moreno
May 23, 2016
A congressional report says the NFL tried to sway a government research project on concussions.
SHOW TRANSCRIPT

That's according to a new congressional report that says the NFL tried to influence the results of a government research project into concussions.

The NFL was not necessarily thrilled the research grant was awarded to Boston University's Dr. Robert Stern, an expert in the field of neurodegenerative disease. He's has been critical of the NFL.

The project is still moving forward with Boston University and Dr. Stern — but the NFL withdrew its funding. Instead, taxpayers will be footing the $16 million bill.

The congressional report is especially critical of Dr. Richard Ellenbogen, an adviser to the NFL. He also applied for the grant, but Stern was chosen instead.

That's when, the report says, Ellenbogen became one of the league's "primary advocates" against Stern.

NFL commissioner Roger Goodell isn't mentioned in the congressional report, and as of Monday, the NFL hadn't responded to these developments.

This video includes clips from University of Washington and Boston University and images from Getty Images.