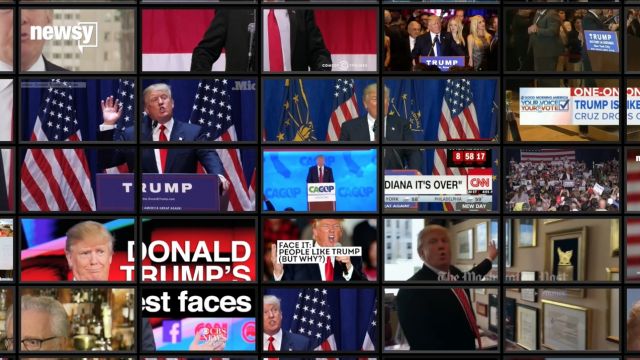 Kate Grumke: OK, so let me read some numbers for you. So Donald Trump has gotten $1.9 billion in free media coverage.

KG: That's compared to the next closest one, Clinton with $746 million. So less than half. I have people that will ask me, "Why doesn't the media just not cover Trump?" They're like, "What if you just let it go black for a week?"

ZT: That's not what journalists do.

KG: Yeah, we have an obligation to talk about the front-runner.

ZT: So the question here is whether the media created Donald Trump's candidacy. When we talk about free media, though, is this basically free advertising for him? I don't think so. I would point to the fact that not all press is good press and that there are different ways of covering Donald Trump, some ways more responsible than others. Giving him a platform and allowing him to call in and say things pretty much unchecked to millions of people, that is definitely something that deserves criticism and a more skeptical eye.

KG: I feel like his timing of saying something just outlandish enough that everybody is going to cover it, it seems to come every couple days. As soon as people stop talking about him, he said something else that made people talk about him again.

ZT: This is what the British call the "Dead Cat Theory" of politics.

"If you're losing the argument or you're not getting referred to, throw a dead cat on the table and people will notice," United Kingdom MP Gavin Robinson has said.

ZT: Sounds morbid, but really all it means is that every time there's a lull in coverage of the candidate, the candidate throws some bizarre, absurd or just controversial policy out there and stokes the fires again and gets this coverage. I would also point out that different types of Donald Trump coverage get a different response from audiences.

KG: As much as you complain about it, you're clicking on it.

ZT: We have to, to a certain extent, deliver the stories that our viewers want to see.

This video includes images from Getty Images and clips from MSNBC.