Did Matt Drudge Have The Power To Stop Trump? 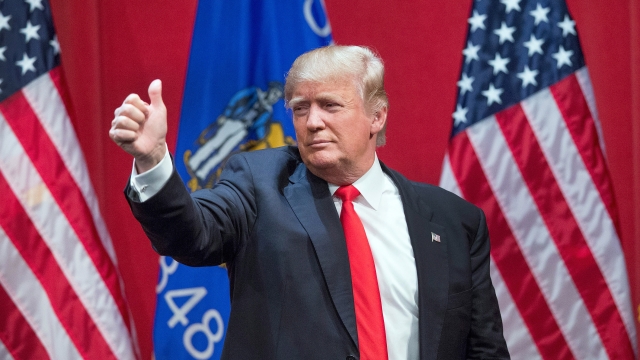 Donald Trump went from joke candidate to GOP nominee. What could have changed the course of history? Allegedly, Matt Drudge.

Drudge is the publisher and editor for The Drudge Report, a conservative website that shares media headlines.

He doesn't write articles. He doesn't directly share his opinion. He just accumulates headlines from other media websites and links to the full stories — and his site is popular.

The Drudge Report was ranked the third most visited U.S. media website in June with almost 1.2 billion page views, according to Similar Web.

And the website's influence isn't new. It first gained attention during the Monica Lewinsky scandal, and years later it still drives users to major media outlets, including The New York Times and The Washington Post.

A BuzzFeed political editor told Business Insider, "If Drudge had come out really negatively against Trump, ... it would have been much harder for Trump to win."

Business Insider writes, "Visiting the Drudge Report in the 2016 primary season was like entering an alternate reality: Trump remained entirely free of imperfection while his Republican opponents were cast as corrupt, dishonest politicians desperately seeking power at any cost."

It's not the first time media outlets have connected Trump's rise to the top of the GOP with his coverage in The Drudge Report. Multiple organizations have written about the website's pro-Trump slant.

Would we have a different Republican nominee had The Drudge Report featured different headlines? We'll never know.