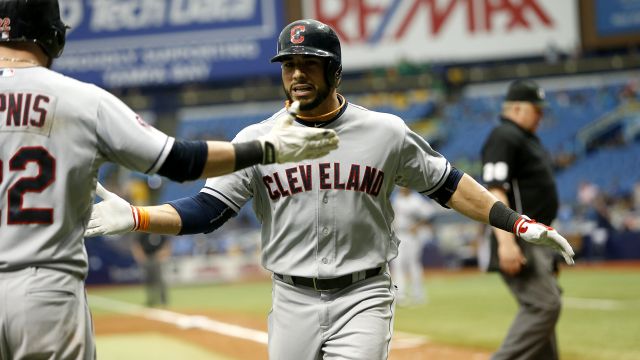 Professional sports can be ruthless for their players, but every once in awhile, things work out just right.

She had been battling leukemia since last May, but after a recent bone-marrow transplant, Adriana is headed to Lakeland, Florida, to join her dad for spring training.

Before Aviles was traded to Detroit, his teammates and the Cleveland Indians organization were all behind little Adriana.

Last summer when she was first diagnosed, teammates and even executives shaved their heads in support. Aviles himself got to deliver the haircut to Indians owner Paul Dolan.

What may be more impressive, though, is the Indians front office decided not to trade Aviles over the summer so the family could stay together during Adriana's treatments. Aviles wasn't just in a contract year; his flexibility in the field presumably would've made him an attractive trading chip.

And to top it all off, Adriana and her twin sister got to throw out ceremonial first pitches in August.

Aviles signed a one-year contract with the Detroit Tigers back in December.