Despite Spike In Officer Shootings, Officer Deaths On Downward Trend 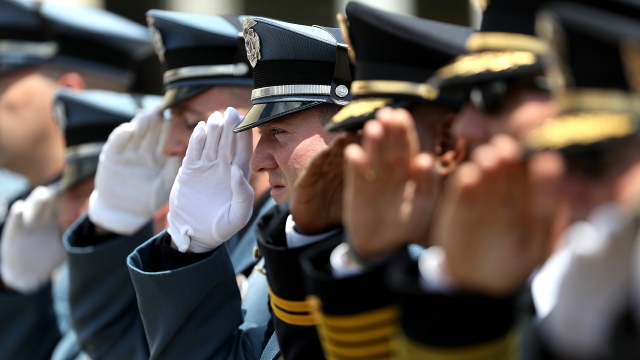 Thirty-three law enforcement officers have died due to gunfire so far this year, according to the Officer Down Memorial Page. The site says that's a 94 percent increase in officer gunfire deaths from this time last year.

It's no wonder we're seeing so much coverage and varying statistics on officer deaths. In July alone, 13 officers died due to gunfire, compared to just one in July last year.

On July 7, five officers in Dallas working a peaceful protest of recent officer-involved shootings died after a gunman opened fire. Just a week later in Baton Rouge, Louisiana, police said a gunman ambushed officers and killed three of them.

With all the coverage of the recent tragic shootings, you might think officer deaths are on the rise. But over the last three-plus decades, officer deaths have actually been declining.

The Washington Post looked at the data from the Officer Down Memorial Page and took out accidents, illnesses and the Sept. 11 terrorist attacks.

So, yes, we've seen a dramatic increase in officer gunfire deaths so far in 2016. Hopefully, that one-year spike will be an outlier in the overall trend.