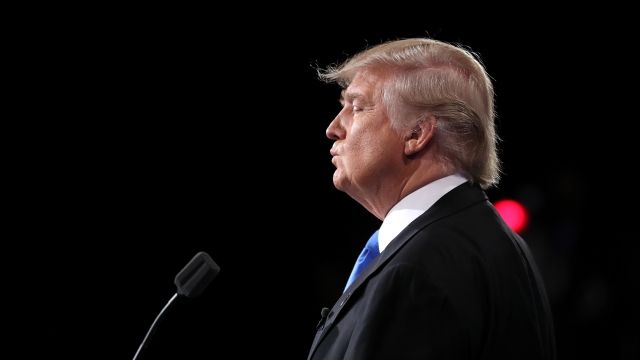 SMS
Democrats Take Trump And His Push To Observe Voters To Supreme Court
By Ryan Biek
By Ryan Biek
November 7, 2016
An appeals court recently struck down a restraining order that had been imposed on Donald Trump and allies to keep them from observing voters in Ohio.
SHOW TRANSCRIPT

The Ohio Democratic Party is making a last-minute plea to the Supreme Court to keep Donald Trump's campaign from observing –– and possibly intimidating –– voters in the state.

That statement from early October landed Trump, his campaign and a key ally with a restraining order, prohibiting them from "interrogating, admonishing, interfering with, or verbally harassing voters" in the battleground state.

SEE MORE: Ryan's Refusal To Support Trump May Cost Him His Position As Speaker

But Sunday, an appeals court blocked that order.

The judges said the Democratic Party didn't provide enough evidence to show Trump and his campaign had tried to keep minority voters from the polls.

Justice Elena Kagan could respond to the request alone. More likely, she'll refer it to the full court, where the Ohio Democrats would need the support of five justices.