Democratic Senator's Response To A Trump Tweet: 'Love You, Brother' 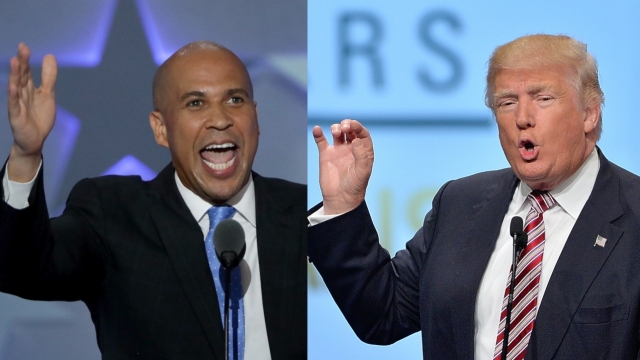 Booker's response to a Trump tweet made waves Tuesday.

Trump tweeted: "If Cory Booker is the future of the Democratic Party, they have no future! I know more about Cory than he knows about himself."

The tweet came after Booker's mention of Trump in a fiery speech at the Democratic National Convention on Monday night.

"We've watched him try to get laughs at other people's expense, try to incite fear at a time we need to inspire courage," Booker said of Trump in his speech.

But when Booker went on CNN's "New Day" on Tuesday morning, he said he had nothing but love for the Republican presidential nominee.

"I'm not going to answer his darkness with darkness. I love him. I know his kids. I know his family. They're good — the children especially — good people," Booker told "New Day."

It's a far different response than we've seen from other subjects of Trump tweets, like Massachusetts Sen. Elizabeth Warren.

"I love you," Booker said. "I just don't want you to be my president."