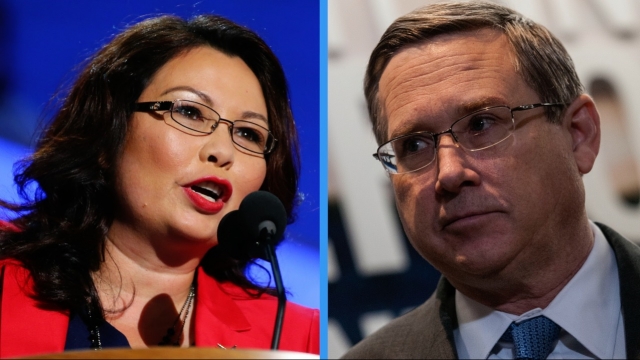 Kirk, who represents a traditionally blue state, was viewed as possibly the most vulnerable Republican senator facing re-election.

He didn't help himself during a recent debate.

"My family has served this nation in uniform going back to the Revolution. I'm a daughter of the American Revolution," Rep. Tammy Duckworth said during the debate late last month.

Rep. Tammy Duckworth's mother is an immigrant, but her father's family has traced its roots in service back to the American Revolution, as she later pointed out on Twitter.

Duckworth is an Iraq War veteran who was awarded a Purple Heart after losing both her legs when her helicopter went down.