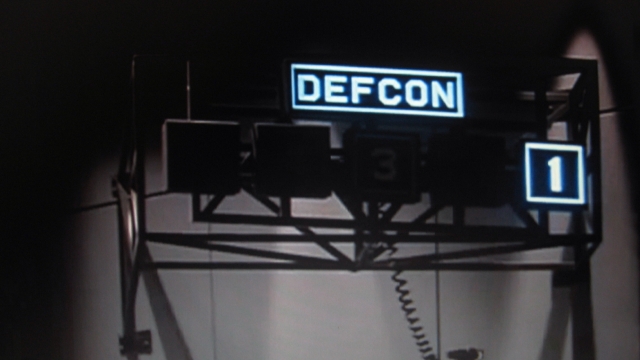 "As you can imagine, DEFCON 5 would probably be an understatement," Bash said.

But hang on a second — that's not how DEFCON works.

According to the DEFCON system used by the U.S. armed forces, DEFCON 5 is peace. If you're looking for imminent nuclear war, that's at the other end of the spectrum.

"Flush the bombers; get the subs in launch mode. We are at DEFCON 1," said a general in the 1983 movie "WarGames."

So if the Trump campaign really was at DEFCON 5 on Friday night, that means they weren't nervous at all about Trump's recently leaked comments about women. Which, of course, wasn't the case — at least according to Bash.

Trump himself told The Wall Street Journal on Saturday that his campaign wasn't in crisis, so maybe Bash's comments were more spot-on than even she knows.

Bash isn't alone of course. People have turned the DEFCON analogy on its head tons of times, describing things from politics, to sporting events to ... hot sauce?

Maybe when you're thinking about making this analogy, the winning move is not to play.