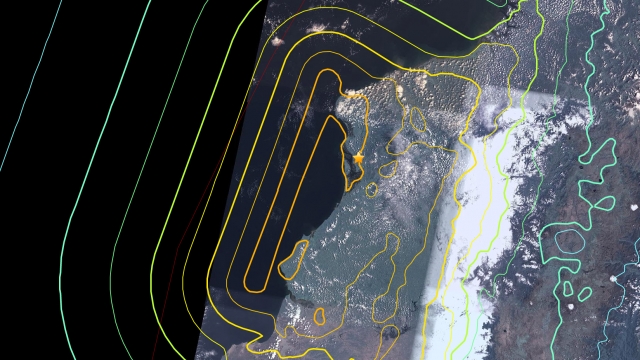 The country's officials placed six provinces under a state of emergency after the quake.

This is the strongest earthquake Ecuador has experienced in decades. Officials say at least $300 million will be allocated to recovery efforts.

The country has experienced aftershocks since the earthquake, but power has been restored in several places, and a tsunami warning was issued after the quake but has since been lifted.

The U.S. Geological Survey says this earthquake had a shallow depth of 11.9 miles, which is typical of most larger earthquakes in South America.

Ecuador's president was at the Vatican for a conference during the earthquake but will return home Sunday night to help officials manage from the ground.