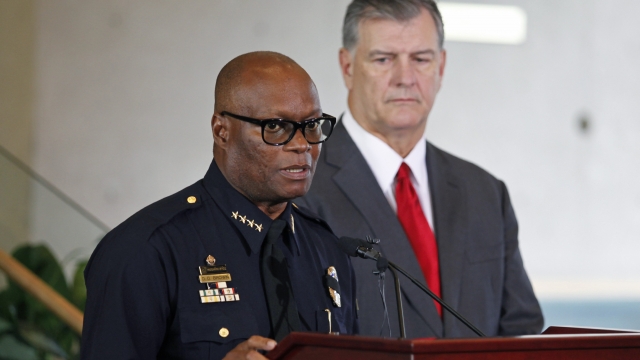 SMS
Dallas PD Is A National Model On How To Avoid Lethal Force
By Zach Toombs
By Zach Toombs
July 8, 2016
The Dallas Police Department has put special emphasis on how to de-escalate violent situations and make sure they don't turn deadly.
SHOW TRANSCRIPT

The Dallas Police Department has a good reputation — it's a national model on how to avoid lethal force. As seen in this video from The Dallas Morning News, department policies put a special focus on de-escalating violent situations and making sure they don't turn deadly.

That could be why complaints from citizens against Dallas police for use of force have drastically dropped in the last few years, especially in 2015.

Dallas PD has also worked to improve community relations, particularly with the black community there.

"We won't militarize our policing standards," Dallas Police Chief David Brown said this week. "We were blocking traffic and doing all the things to protect people's right to protest."

Brown has even received praise from police watchdogs.