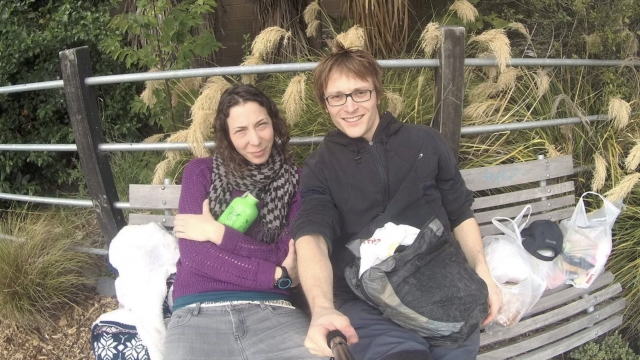 SMS
Czech Woman Survives One Month Stranded In The Mountains
By Lindsey Pulse
By Lindsey Pulse
August 26, 2016
Pavlina Pižova and her partner didn't tell anyone they were going hiking.
SHOW TRANSCRIPT

A Czech woman who was stranded in the New Zealand mountains for nearly 30 days is discussing how she survived.

"As you can imagine, the last month was harrowing for me and my and my partner's families."

Pavlina Pižova  traveled to New Zealand with her partner in late July for a hike on the Routeburn Track. Only days into the journey, the pair got lost due to extreme snowfall and winter conditions.

Pižova's partner, Ondrej Petr, reportedly fell off the trail they were hiking and died. His body was recovered Friday.

Pižova continued on her own, hoping to find shelter.

"During this time, I was extremely cold, exhausted and my feet were frozen," she said.

The 33-year-old spent two days in the open before she found a warden's hut along Lake Mackenzie. She said there were avalanches outside and knew it was best to stay under cover.

Before the trip, the pair didn't tell anyone of their hiking plans and didn't take a personal locator beacon, which Pižova says was a mistake.

Authorities found Pižova on Wednesday. She thanked her rescuers at a press conference the following day.