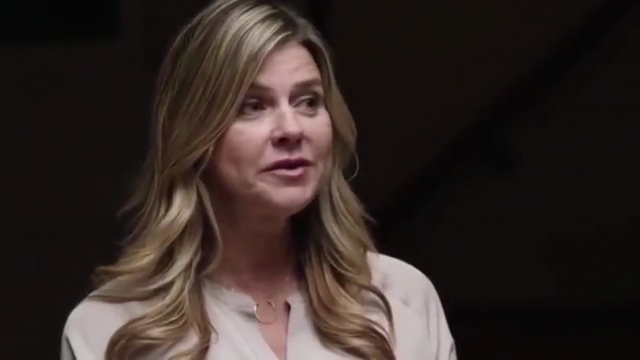 SMS
Cruz Campaign Had No Idea A Former Adult Film Actress Was In Its Ad
By Briana Koeneman
By Briana Koeneman
February 12, 2016
Ted Cruz's campaign decided to pull one of its ads after realizing it featured former adult film actress Amy Lindsay.
SHOW TRANSCRIPT

Ted Cruz's campaign confirmed Thursday it has pulled his latest political ad because it featured a former adult film actress.

"Maybe you should vote for more than just a pretty face next time," actress Amy Lindsay said in the ad.

The 30-second commercial, titled "Conservatives Anonymous," showed a group of people attending a therapy session to talk about how they weren't happy with Marco Rubio's stances on certain issues.

And one of the stars was actress Amy Lindsay, who IMDb lists as appearing in several pornographic films in the past.

A Cruz spokesperson told The New York Times Lindsay had responded to an open casting call and was "not vetted by the production company" — otherwise, she wouldn't have appeared in the spot.

But Lindsay said in a phone call with BuzzFeed she's a Christian conservative and a Republican, and she thinks it's "cool" an actor who's appeared in adult films could be in Cruz's ad.

She later tweeted she was "extremely disappointed" the commercial had been pulled.

This news comes as Cruz prepares to win the envangelical vote in the South Carolina primary.

This video includes clips from Cruz for President, Fox News, CNN and images from Getty Images.