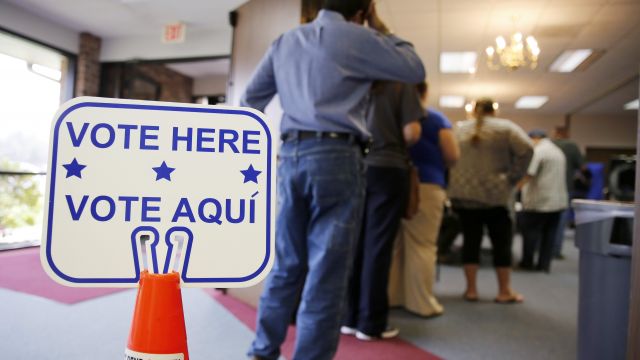 Texas just got put in timeout — and it's an expensive timeout.

The law has bounced around in courts basically since its passage in 2011, and according to the Texas Tribune, the state has spent more than $3 million trying to defend it.

Currently, Texas requires nearly every voter to show a photo ID — like a valid driver's license, passport or military ID. The law was created in the name of preventing voter fraud.

SEE MORE: Here's Why Snapchat Is Fighting To Make Your 'Ballot Selfie' Legal

But opponents of the law, and a majority of the appellate judges who heard the case, agree that it unfairly blocks certain people from voting — namely African-Americans and Hispanics.

In its decision, the appeals court ordered a lower court to make some changes before the November election rolls around.

The fight over voter ID laws isn't going anywhere — the issue is being debated in courtrooms all over the country.

In response to the ruling, Texas' attorney general said, "Preventing voter fraud is essential to accurately reflecting the will of Texas voters during elections, and it is unfortunate that this common-sense law, providing protections against fraud, was not upheld in its entirety."

This video includes clips from KTBC and KSAT and images from Getty Images. Music provided courtesy of APM Music.