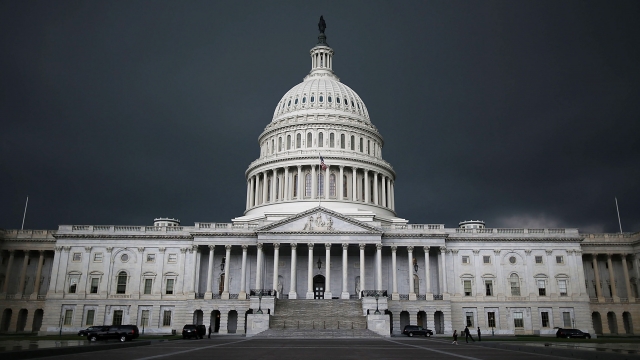 Puerto Rico is about a week away from a complete financial collapse. The island's governor is in Washington, D.C., this week, basically begging Congress to pass a bill before $2 billion in payments are due on July 1.

Gov. Alejandro García Padilla has said even shutting down the government to stop spending won't help. He added: "We don't have the money for the payroll, the medical system and the health care system and to pay our debts. ... We need the bill yesterday."

He's talking about the Puerto Rico Oversight, Management and Economic Stability Act. It would allow Puerto Rico to restructure some of its debt and press pause on more than a dozen debt-related lawsuits. It would also set up an oversight board to handle the debt restructure.

The bill already passed the House earlier this month with strong bipartisan support, and the White House has already signaled that President Obama would sign if it reaches his desk. The Senate is currently the only holdout but is expected to vote sometime next week.

You might think a bill like this would be popular in Puerto Rico, but the oversight board is pretty controversial. Some think the board will have too much power, especially considering it can stop public employees from participating in a strike or a lockout.

But at this point, there isn't much of a choice. The governor says without the bill, essential services like fuel for emergency vehicles will run out.