A Computer Glitch Likely Crashed A Robot On Mars 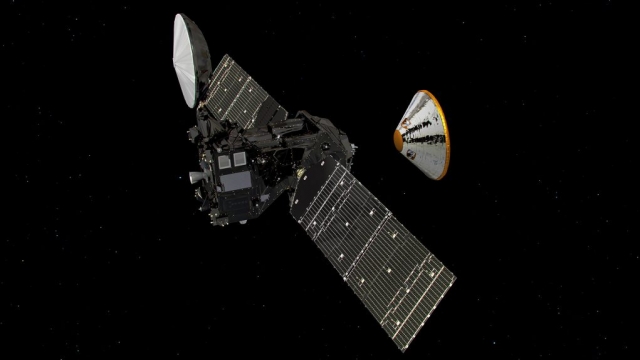 SMS
A Computer Glitch Likely Crashed A Robot On Mars

By Ryan Biek
October 26, 2016
A technical error is believed to have caused the lander's parachute to separate about a minute too early.
SHOW TRANSCRIPT

Instead of landing softly on Mars, a European Space Agency robot crashed into the planet's surface last week. Of all things, a computer glitch may be to blame.

SEE MORE: The Search For Life On Mars Is Heating Up And Getting Crowded

A computer error seems to have made the lander's parachute separate about a minute too early. The computer thought the lander was pretty close to the ground, not more than a mile above it. So boosters weren't fired long enough to help the lander slow down.

A satellite was only able to take pictures before and after the crash, but the researchers assume the wreckage was pretty firery.

It's a shame all that work went down the drain, but the lander was only part of a larger mission, which the ESA's director general still called a 96 percent success.

The downside is the ESA still has to get $326 million to make its budget, and it's going to be requesting that money from the European Union in December — with the crash still fresh in everyone's mind.

Some think the ESA won't have any problem securing the funds, while others think it would be a lot easier if the lander had actually, you know, landed.