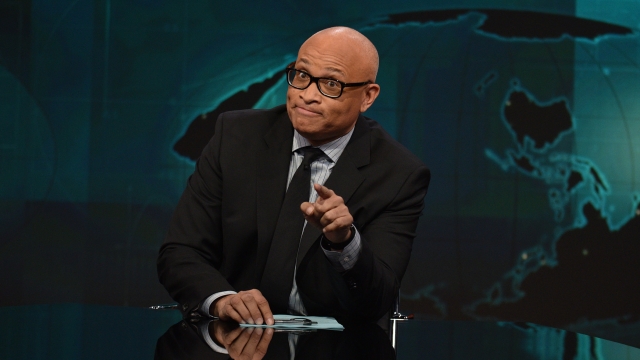 Monday, Comedy Central announced it is canceling "The Nightly Show."

According to Comedy Central, the show "hasn't resonated" with viewers and ratings have fallen.

Larry Wilmore took the time slot of "The Colbert Report," which was averaging 1.7 million viewers a night. "The Nightly Show" has been hovering around 776,000 viewers in 2016.

But that hasn't stopped the outpouring of support from fans of the show.

As for Wilmore, he had this to say in regard to the cancellation:

"I'm really grateful to Comedy Central, Jon Stewart, and our fans to have had this opportunity. But I'm also saddened and surprised we won't be covering this crazy election or 'The Unblackening' as we've coined it. And keeping it 100, I guess I hadn't counted on 'The Unblackening' happening to my time slot as well," Wilmore said in a statement.

"The Nightly Show" started in January 2015 and ran for two seasons. The last episode will air Thursday.