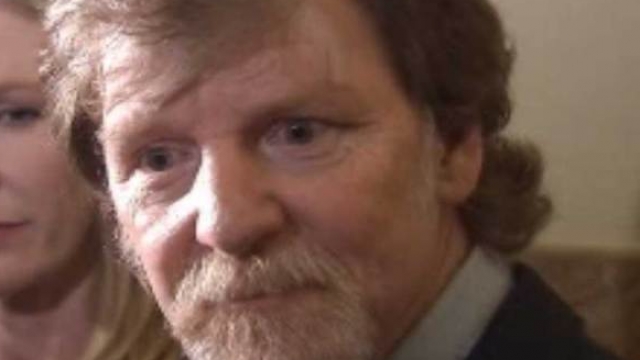 The Colorado Supreme Court refused to hear the case of a baker who says it's against his religious beliefs to bake wedding cakes for gay couples.

"I will stand by my convictions until somebody shuts me down," Jack Phillips told KMGH.

The legal battle started in 2012, when Charlie Craig and David Mullins were told the baker would not make them a custom wedding cake.

Monday's decision not to hear the case upholds a ruling made by a lower court that said denying the couple's order was discriminatory and against Colorado law.

The Colorado Civil Rights Division also came to the same conclusion. And according to The American Civil Liberties Union, that decision noted evidence that the bakery had previously taken a cake order for the "marriage" of two dogs and denied an order for a commitment ceremony between two women.

"It's not just the cakes for the same-sex weddings. I haven't singled out that one issue. ... I also don't make cakes for bachelor parties. I don't make Halloween cakes or anything involving witchcraft or demons," Phillips said in an Alliance Defending Freedom video.

The Christian organization Alliance Defending Freedom released a statement of support, saying it was "evaluating all legal options to preserve this freedom for Jack."