Colombia's Half-Century Insurgency May Finally Be Coming To An End 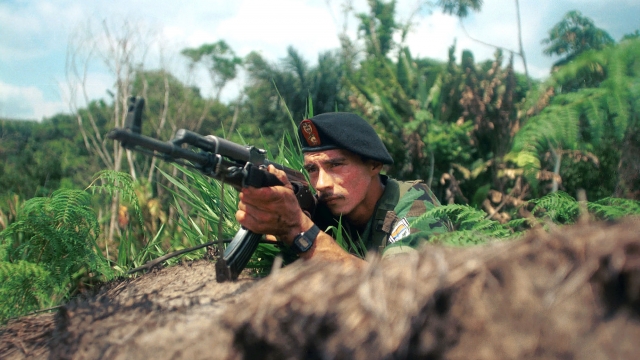 SMS
Colombia's Half-Century Insurgency May Finally Be Coming To An End
By Grant Suneson
By Grant Suneson
June 23, 2016
The Colombian government and rebel group the FARC announced they've reached a historic cease-fire agreement after more than 50 years of fighting.
SHOW TRANSCRIPT

One of the longest-running insurgencies in the world looks like it's coming to an end.

Colombia's armed rebel group the FARC signed a cease-fire with the national government after more than 50 years of animosity that killed more than 200,000 people and displaced millions.

FARC, an acronym that translates to Revolutionary Armed Forces of Colombia, formed in 1964 after a government crackdown on communist groups. The FARC wanted to institute its own version of Cuba's communist revolution.

Opponents accused FARC rebels of using drug trafficking and kidnapping to finance their operations. But the FARC just couldn't compete after the U.S. supplied Colombia's government with money to help fight the insurgency.

Several top FARC commanders were killed, and thousands of soldiers abandoned the cause. In 2012, the group began negotiating for peace before finally agreeing to terms on Thursday.

Colombian President Juan Manuel Santos called the deal historic and said: "We have reached the end of 50 years of death, attacks and pain. This is the end of the armed conflict with the FARC."

Under the terms of the agreement, the FARC will have six months to give up its weapons to U.N. monitors. The agreement also creates temporary transition camps for the estimated 7,000 fighters left.

The two sides are still hammering out details for a full peace deal, which Santos said is expected to be finalized by July 20. After that, Colombia will hold a popular vote to decide whether to accept the deal.

This video includes clips from TeleSur, The Guardian, France 24 and BBC and images from Getty Images.