Clinton Wins Florida, Gaining An Even Bigger Lead On Sanders 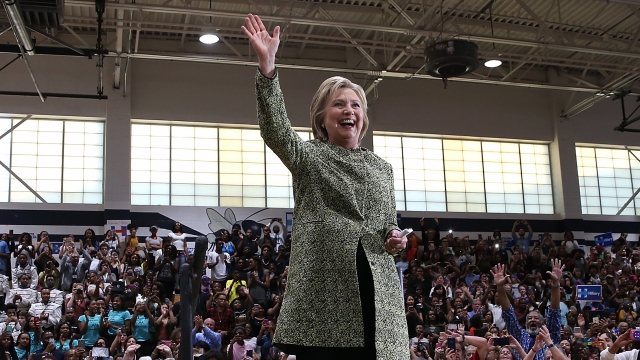 SMS
Clinton Wins Florida, Gaining An Even Bigger Lead On Sanders
By Eugene Daniels
By Eugene Daniels
March 15, 2016
The win isn't much of a surprise; Hillary Clinton took Florida in 2008 by 50 percent of the vote.
SHOW TRANSCRIPT

Former Secretary of State Hillary Clinton is the projected winner of the Florida Democratic primary.

The state was always a pretty good fit for Clinton. Florida voters are typically older and more racially diverse, and she does well with both of those voting blocs. And in her first run for president in 2008, she took Florida with almost 50 percent of the vote.