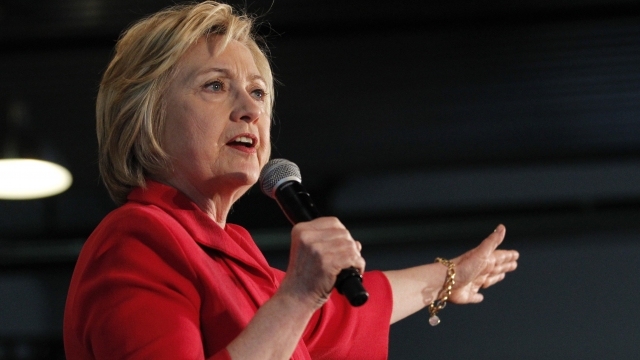 The NRDC Action Fund — the political arm of the Natural Resources Defense Council — just made its first presidential endorsement. The group says, "We're with her."

The NRDC, which is an environmental action organization, has been around for 46 years. The action fund decided to make an endorsement because it says "the future is at stake."

It read: "If he wins, Donald Trump's plan for his first 100 days would take us back 100 years. His nomination by the Republican Party puts one of the most anti-environment presidential candidates in history a step closer to the Oval Office."

The endorsement didn't mention the other Democratic presidential candidate, Sen. Bernie Sanders. A few hours after the NRDC statement, Sanders posted a video of himself at his Oakland rally Monday discussing the importance of protecting the environment.

This video includes clips from NRDC and ABC and images from Getty Images.