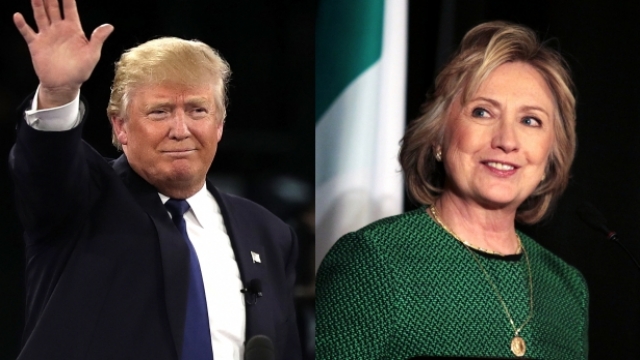 Hillary Clinton and Donald Trump both scored big wins in Arizona primaries Tuesday, while their party rivals managed to notch a few victories of their own elsewhere.

Trump easily defeated Sen. Ted Cruz in Arizona, according to The New York Times. He claimed the state's 58 delegates — the night's biggest win.

"Let me be very clear to the men and women of Utah: I will not compromise away your religious liberty," Cruz said.

But Cruz pulled far ahead in Utah, crossing the 50-percent threshold needed to win all of the state's 40 delegates.

"This is not just a contest between candidates but between fundamentally different views of our country, our values and our future," Clinton said.

Hillary Clinton also coasted to victory in Arizona, adding to her delegate haul.

"When we began this campaign, we were considered a fringe candidacy. Who in America, the media said, could believe in a political revolution?" Sanders said.

All totaled for the Democrats, Sanders won 57 delegates to Clinton's 51.

This video includes clips from PBS and Bernie 2016, and images from Getty Images.