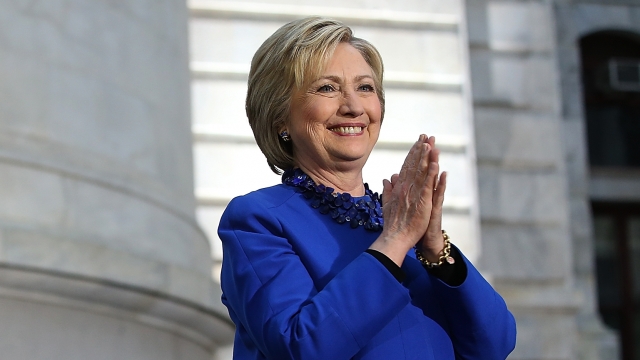 Hillary Clinton has won the Democratic primary in Pennsylvania.

The win is a big deal for Clinton's campaign. Outside of California, Pennsylvania was the most delegate-rich state left in the race, and Clinton was leading by more than 200 pledged delegates going into the primary.

Her win isn't a surprise, though. The state was well-suited for the former secretary of state: a closed primary where only Democrats could vote and a sizable nonwhite electorate. Depending on what the final vote tally looks like in the state, Clinton will make the path to the nomination even more unlikely for rival Bernie Sanders.

But Sanders is still catching up to Clinton nationally. The Vermont senator has whittled Clinton's lead down to single digits in national polls.

The next voting contest will be May 3 in Indiana.

This video includes images from Getty Images and clips from Hillary for America and Bernie 2016.