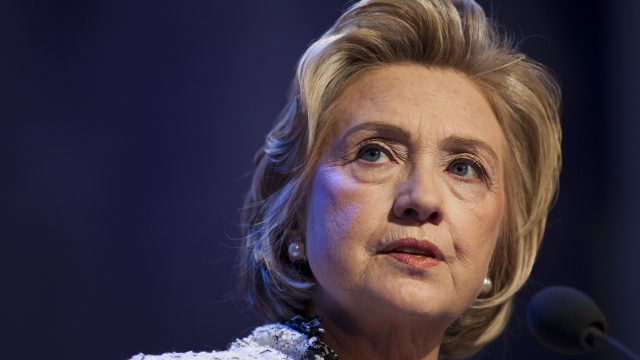 The possibility that Hillary Clinton won't face charges related to her use of a private email server during her time as secretary of state is getting media attention.

It's just the latest report to suggest the presumptive Democratic presidential nominee likely won't be prosecuted.

Earlier on Saturday, the FBI interviewed Clinton for more than three hours. At issue — whether Clinton violated any laws by handling classified information on her private email server.

But Clinton has repeatedly said she hasn't broken the law.

After her FBI interview, "Meet The Press'" Chuck Todd asked Clinton about reports that said she wouldn't face charges.

"I am not going to comment on the process. I have no knowledge of any timeline. This is entirely up to the department," Clinton said.

The interview's timing suggests the U.S. Department of Justice is nearing the end of its investigation. Attorney General Loretta Lynch said Friday she would accept investigators' recommendations for the case.

Lynch's announcement followed news of a private meeting with former President Bill Clinton aboard her plane earlier this week. Lynch said that meeting was purely social and Hillary Clinton echoed that statement on Saturday.

"They did not discuss the Department of Justice's review," she told Todd.

Presumptive GOP nominee Donald Trump chimed in Saturday afternoon, tweeting: "It was just announced-by sources-that no charges will be brought against Crooked Hillary Clinton. Like I said, the system is totally rigged!"

This video includes clips from Hillary for America, C-SPAN, Fox News, Aspen Institute and MSNBC and images from Getty Images.