Clinton Is Outraising And Outspending Trump In A Big Way 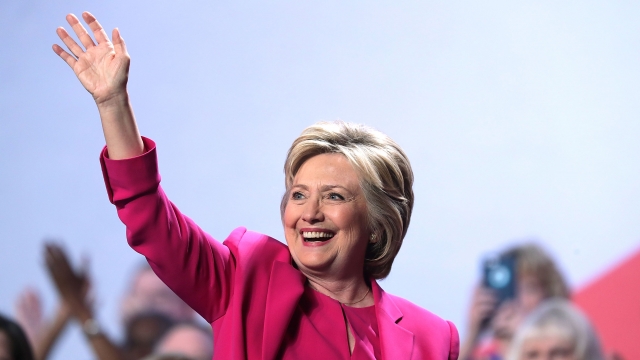 SMS
Clinton Is Outraising And Outspending Trump In A Big Way
By Ryan Biek
By Ryan Biek
August 21, 2016
But some still consider Trump's efforts impressive, considering how late he started fundraising.
SHOW TRANSCRIPT

As November nears, the race for the White House is also a race for cash. And so far, Hillary Clinton is winning.

And Clinton ended the month with roughly $20 million more left to spend compared to Trump.

Some have noted the Republican nominee didn't even set up a fundraising team until late May, and his fundraising efforts have been pretty impressive considering his late start.

But a problem for Trump could be where his money is coming from. Few of the usual big-time donors for the Republican Party have made major donations to his campaign.

And after several on-air statements led to a recent drop in Trump's poll numbers, some are speculating the Republican Party will shift more of its funds to Senate and House elections, instead of Trump's campaign.

Clinton also appears to be winning when it comes to indirect fundraising from super PACs. One super PAC raised just under $10 million for her last month — roughly $6 million more than Trump's two largest outside groups combined.

Of course it's not just how much you raise, but what those funds go to. Politico notes most of the money Trump spent in July went to expanding online operations that are meant to fundraise.

Clinton has spent more money than Trump on TV ads and campaign workers, though Clinton's campaign has 619 more people on its payroll than Trump's.

So far, Trump has donated over $50 million of his own funds to his campaign.