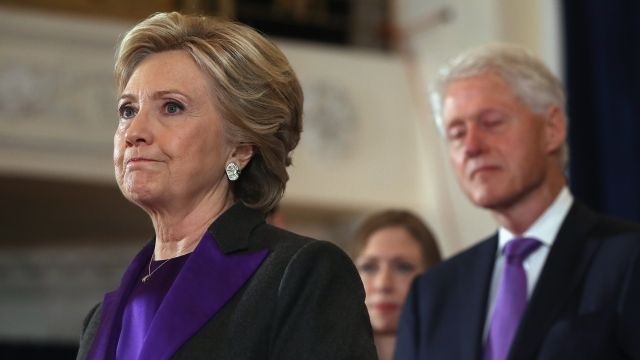 The morning after Donald Trump was declared president-elect, Hillary Clinton addressed the nation and publicly conceded.

"This is not the outcome we wanted, or we worked so hard for, and I'm sorry that we did not win this election for the values we share and the vision we hold for our country," Hillary Clinton said during her concession speech Wednesday.

"Being your candidate has been one of the greatest honors of my life," Clinton said.

Clinton thanked everyone involved in her campaign but noted the work isn't done.

"Our constitutional democracy demands our participation. Not just every four years, but all the time. So let's do all we can to keep advancing the causes and values we all hold dear," Clinton said.

And she had a special message for all her younger supporters.

"This loss hurts, but please, never stop believing that fighting for what's right is worth it," Clinton said.