Clinton Calls Out The Senate For Blocking Obama's SCOTUS Nominee 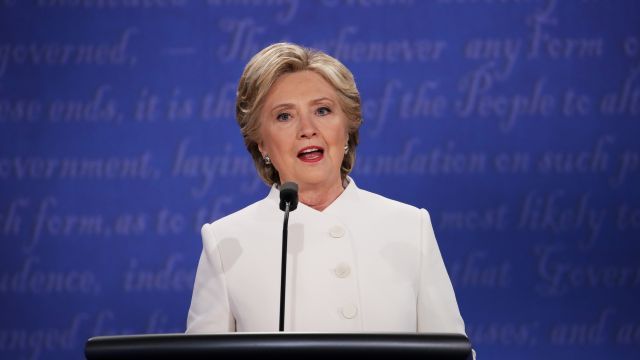 SMS
Clinton Calls Out The Senate For Blocking Obama's SCOTUS Nominee
By Matt Picht
By Matt Picht
October 19, 2016
Hillary Clinton called on the Senate to approve Supreme Court nominee Merrick Garland, who's been waiting on a confirmation hearing for months.
SHOW TRANSCRIPT

The first question of the final presidential debate was about the Supreme Court, and Hillary Clinton used the opening to go after the Senate.

Clinton said, "I would hope that the Senate would do its job and confirm the nominee that President Obama has sent to them."

Clinton continued: "That's the way the Constitution fundamentally should operate. The president nominates, and then the Senate advises and consents or not. But they go forward with the process."