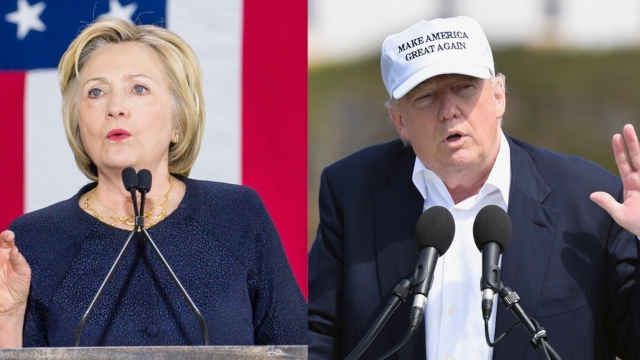 Unsurprisingly, our presumptive presidential nominees had very different reactions to the U.K. leaving the EU.

"People want to take their country back. They want to have independence, in a sense, and you see it with Europe, all over Europe," Donald Trump said.

SEE MORE: "After Orlando Attack, Clinton And Trump Actually Agree On Something"

Both candidates also found a way to fit the Brexit into their campaign narratives. Clinton's call for calm, experienced leadership over passionate bluster looks more inviting in the post-Brexit financial chaos.

And the Brexit fits right in with Trump's "America first" argument that each country needs to take care of itself first. The U.K.'s divorce from the EU helps support Trump's argument that globalization and immigration are inherently bad and we should be wary of them both.

While each one probably has a point, the vote likely works to Trump's advantage more. It's another victory for the global anti-establishment feeling sweeping across so many countries — and Trump's managed to ride that feeling all the way to the nomination.