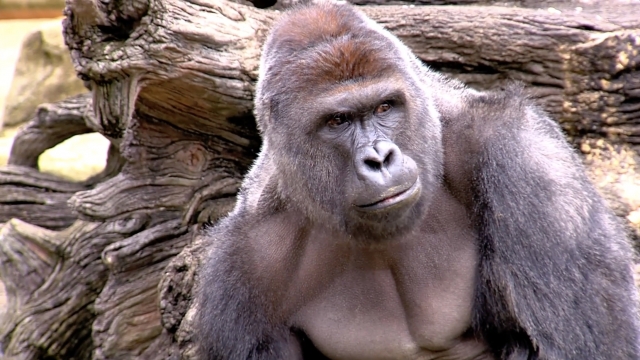 SMS
Zoo's Gorilla Barrier Didn't Meet Standards When Harambe Died
By Katherine Biek
By Katherine Biek
November 18, 2016
A federal report said the barrier was noncompliant when a 3-year-old child slipped through it and fell into the gorilla exhibit.
SHOW TRANSCRIPT

Federal inspectors say the barrier for the gorilla exhibit that housed Harambe was not in compliance with standards.

A response team at the Cincinnati Zoo shot and killed Harambe after a 3-year-old boy slipped through the barrier and fell into the exhibit in May.

A U.S. Department of Agriculture inspection concluded the zoo followed the proper procedures during the incident.

But it reported there was "some slack in the cables" of the 32-inch-tall barrier that surrounded the animal enclosure.

The USDA noted the barrier had been in place since 1978, and there'd never been an issue with a member of the public slipping through it before.

In a statement released after the USDA report, the Cincinnati Zoo said, "In its 38-year-history, the barrier system at Gorilla World has always been found compliant during USDA inspections, including one conducted in April of 2016."

This summer, the zoo changed its barrier entirely, making it about 10 inches taller and covering it in mesh. Despite that, the USDA is still investigating the zoo and could hand down some disciplinary action.