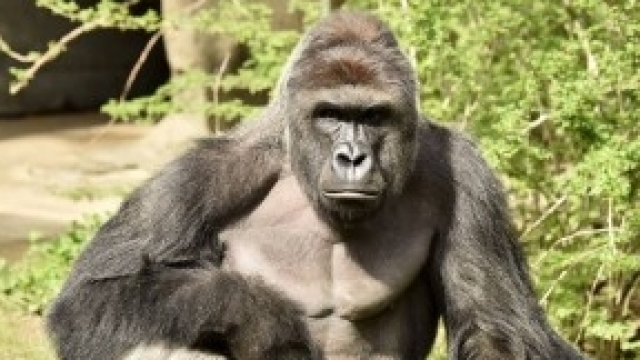 The Cincinnati Zoo killed one of its gorillas on Saturday after a 4-year-old boy climbed into the gorilla enclosure and fell into a moat.

"The gorilla took him to one end of the his habitat and then the little boy started screaming again, and the gorilla dragged him back again," a witness told WCPO.

Two female gorillas were also in the enclosure at the time but were called out by zookeepers. The zoo's director told our partners at WCPO the male gorilla carried the boy around for about 10 minutes.

"You're talking about an animal that's over 400 pounds and extremely strong, so no, the child wasn't under attack, but all sorts of things could happen in a situation like that," zoo director Thane Maynard told WCPO.

The zoo called in its Dangerous Animal Response Team and decided to shoot 17-year-old Harambe, a lowland gorilla. Lowland gorillas are listed as "critically endangered" by the International Union for Conservation of Nature.

Harambe celebrated his 17th birthday the day before he was killed.

The incident upset people on Facebook who blamed the parents of the boy and said they should be charged. Others said the zoo had other options, like using a tranquilizer.

But the zoo's director told reporters Saturday a tranquilizer wasn't the right choice.

"In an agitated situation, which the male was, it may take quite a while for a tranquilizer to take effect, but certainly at the incident he would be hit, he would have a dramatic response," Maynard explained.

The boy was treated at a local hospital for non-life-threatening injuries. The zoo said in a release that its gorilla exhibit will remain closed until further notice.