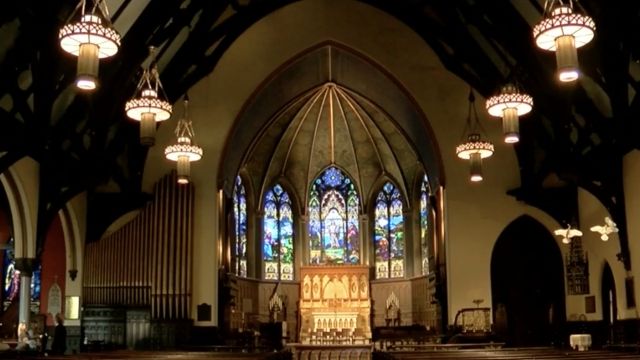 "We want to send a message that these people are important to us and that we're going to stand up for them," the Rev. Drew Ludwig told WKBW.

Several churches in Buffalo, New York, are coming together to help undocumented workers who were detained by immigrations agents.

"There are all kinds of political complexities, but the simple matter at hand is that these are folks whose lives have been turned upside down. We want to help provide some stability and some safety while other issues get resolved," the Rev. Matt Lincoln, rector of a local church, told WKBW.

"A whole lot of different things can happen, and that's very much at the judge's discretion," Ludwig said.

Leaders of local congregations say some of these families are at risk of being separated.

"That's what the church does. When somebody is hungry we feed them. When somebody's lost their housing, we provide shelter," Lincoln said.

At least four churches have reportedly tried to help the workers and their families. The workers have a legal hearing on Tuesday.