In The UK, The Christmas Season Is The Super Bowl For Commercials 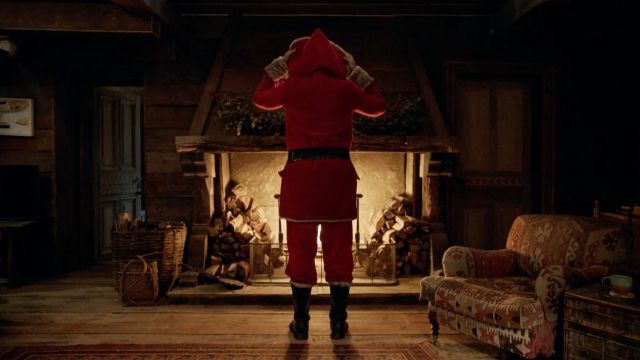 SMS
In The UK, The Christmas Season Is The Super Bowl For Commercials
By Grant Suneson
By Grant Suneson
November 12, 2016
Department stores in the U.K. are unveiling their big TV ads for the holiday season.
SHOW TRANSCRIPT

Hilarious and heart-warming ads are already starting to hit TV screens across the pond. Department stores aim to make the most viral ad, racking up millions of views and hundreds of thousands of shares online.

The most viral offering so far this year comes from John Lewis. It depicts Buster the boxer who just can't wait to enjoy the trampoline that was meant for the kid in his family. It already has over 10 million views on YouTube.

SEE MORE: Not All Super Bowl Ads Are Funny; Some Had A Serious Message

But another commercial from Marks & Spencer is sure to tug at some heart strings. It features Mrs. Claus helping a mischievous child make amends for acting up all year by getting his sister a new pair of shoes.

It makes sense why they'd save their big ads for Christmas. For one, their favorite sport, Premier League soccer, has no big final game that everyone in the country sits down to watch.

And when you think about it, the logic behind Super Bowl commercials is a bit strange. Why try to sell people beer and chips when they're probably already eating and drinking at their game day gathering.

But Christmas season is also a perfect time to air ads. Obviously people are looking for places to buy presents. And you can play them for weeks without the massive costs of a Super Bowl spot.

That's not to say British companies are skimping on ad buys. They're expected to spend 5.6 billion pounds, or more than $7 billion, to buy TV commercial space.