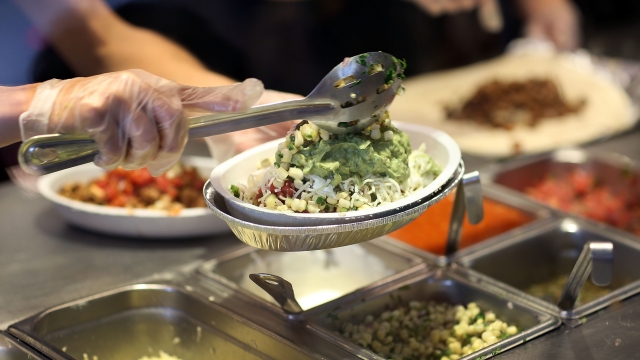 Chipotle is giving away free food — again. But it isn't as simple as walking into your nearest location and demanding a free burrito.

You'll have to play a memory game first in order to get a buy one, get one coupon.

While the matching game probably reminds you of something you did as a 5-year-old, it actually serves several purposes.

For starters, it's good PR. Multiple outbreaks of salmonella, E. coli and norovirus contaminated Chipotle food and resulted in hundreds of customers getting sick in 2015.

The restaurant lost millions of dollars in sales — and plenty of customers — because of the outbreaks.

Besides being part of Chipotle's comeback campaign, the free-food game also reminds people about its use of fresh ingredients.

It points out that Chipotle's food doesn't contain anything artificial — something the company's marketing team has not-so-subtly incorporated into the memory game.

Unfortunately, Chipotle's free food deal is only available to customers in the U.S. and Canada. Sorry, Europe.