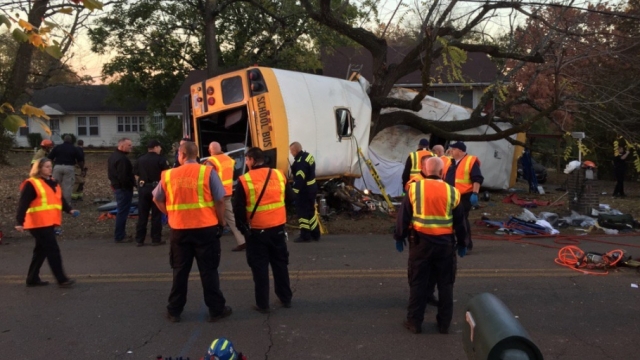 A school bus driver is under arrest after a crash killed five children and injured dozens more Monday afternoon in Tennessee.

According to Newsy's partners at WTVF, the crash happened around 2:30 p.m. in Chattanooga.

Authorities said the bus was carrying 37 kindergarten through fifth-grade students. As of Tuesday morning, 12 students were still in the hospital — six of them in the intensive care unit.

SEE MORE: The US Is Getting High Marks On High School Graduation Rates

The driver of the bus, Johnthony Walker, was arrested and charged with five counts of vehicular homicide, reckless endangerment and reckless driving. Additional charges are possible.

Investigators will look at the video camera on the bus, as well as its black box recorder. The police chief said speed is being "very very strongly" investigated as a cause of the crash.

The National Transportation Safety Board will help investigate the crash.